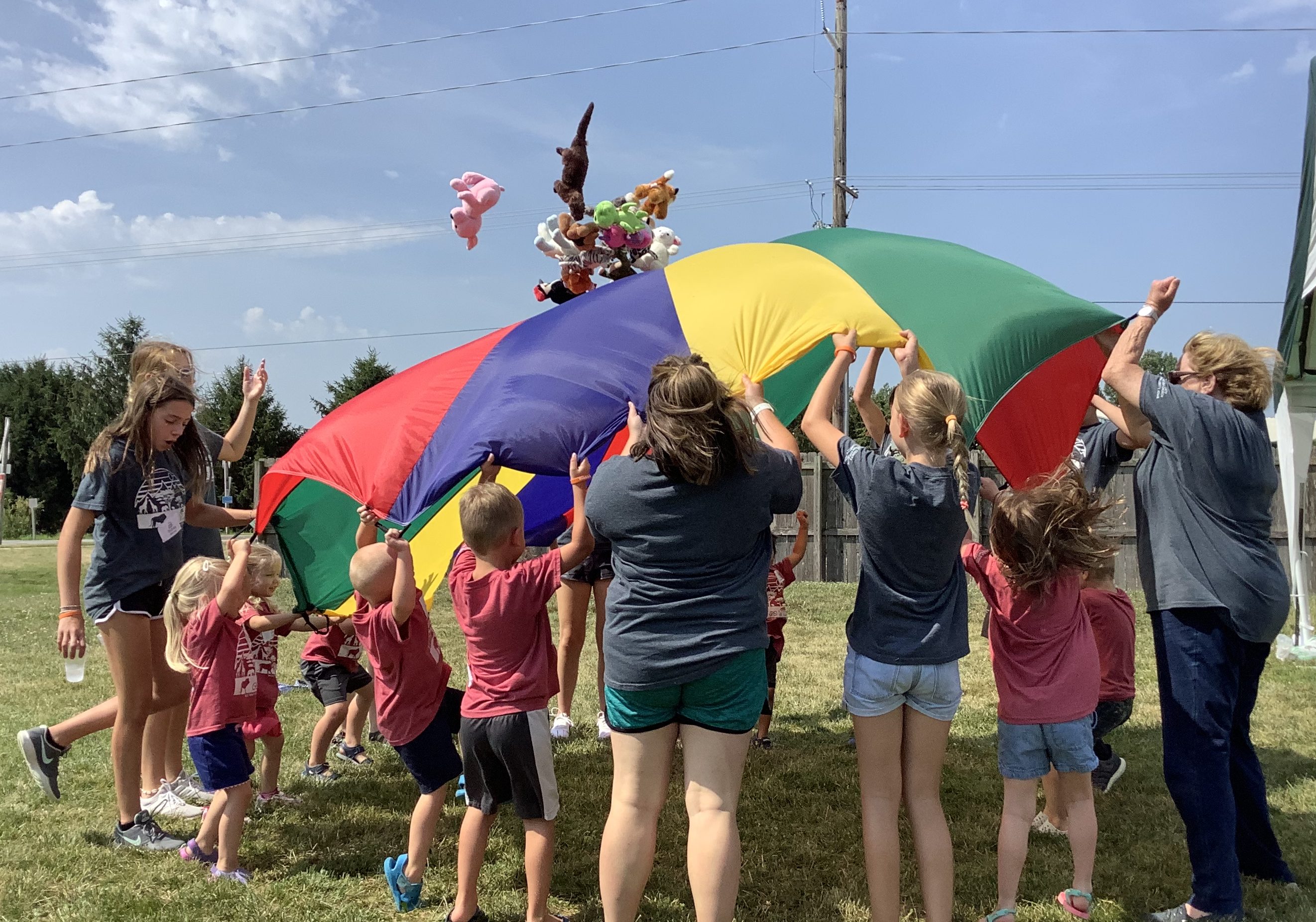 Day Camp is a big umbrella term for diverse, community-based camping models. In faith-based ministries, there is a unique model called Traveling Day Camp. Shared characteristics usually include: camp counselors traveling to local communities in partnership with a congregation that hosts a week of camp on their site. When looking across camps and denominations, however, different models emerge. The Camp2Congregation research project explored different Day Camp models with five camps, two denominations, and sixteen congregations to further understand Day Camp. Notably, this study occurred during the summer of 2019, prior to the COVID-19 pandemic. Even still, thinking through these differing Day Camp models is more important now than ever with camping ministries across the country reimagining their ministries.

The Sacred Playgrounds team partnered with five camps to explore their models and learn more about Day Camp. One large nondenominational camp, SpringHill, and four Lutheran camps, Ewalu, Living Water Ministries, Crossways Camping Ministries, and Lutheran Outdoor Ministries Indiana-Kentucky, partnered in this Day Camp research. The results indicated more consistency between the Lutheran models, compared to the SpringHill model which was repeated at multiple congregations. The strengths of each are described below.

SpringHill’s Day Camp model involved hundreds of traveling staff who served thousands of campers each summer across multiple states. Each Day Camp had dozens of SpringHill summer leaders facilitating programs for large groups of campers, usually more than 100 and oftentimes more than 300. The strengths of their program included:

The four Lutheran camps operated with a similar model amongst each other, as compared to SpringHill. They were generally much smaller, with the largest Day Camp’s of 90-120 being about the same size as the smallest SpringHill programs. As opposed to dozens of staff, they usually sent one small team of 3-5 counselors to each site. The strengths of their programs included:

Each program model brought its strengths to the Day Camp umbrella and the campers clearly loved them all. Additionally, each model can learn from the strengths of the other to continue to enhance and grow their program. As we continue with the uncertainty and changing contextual realities in the midst of COVID-19, thinking and learning about other Day Camp models to reimagine what may be is more important than ever. With most camps on hiatus for summer 2020, it is an ideal time to restructure or even initiate Day Camp programs as we look towards summer 2021.