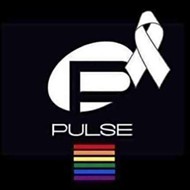 Summer camp began this week at thousands of camps across the country on the same day as the worst mass-shooting in American history. It is a great testament to the enduring strength of camp that parents of millions of young people still feel comfortable sending them away to camp for a week or more. We constantly hear about the dangers in this world. The massacre at the Pulse nightclub in Orlando on June 12 only compounds these feelings of insecurity. That nightclub was supposed to be a safe space for a group of people that faces consistent hostility and prejudice. Even our safe spaces are under attack. Why, then, should parents send their children away from their watchful gaze?
Summer camp can teach us a great deal about the value of safe spaces and how to effectively create them. The Effective Camp Research Projecthas uncovered 5 fundamental characteristics of Christian summer camp (see previous post), and one of them is camp is a safe space. Physical safety is the most obvious form of safety, especially in light of the terrible crime in Orlando and other acts of violence in our society. However, emotional and spiritual safety are equally important in the camp environment. Here is how a few campers described the camp experience in focus groups last summer:
“I feel like no one will judge you because of what you believe here.” (Male camper, Lake Wapogasset Lutheran Camp, WI)
“Back at home it’s different. Here, you don’t have to be someone else.” (Male camper, Camp Lutherlyn, PA)
“My friends at camp are so much nicer than my friends at school. They let me be myself.” (Female camper, Sugar Creek Bible Camp, WI)
“I feel really safe here. Like, I would go outside of what I normally do, and I feel safe doing it here.” (Male camper, Camp All Saints, TX) 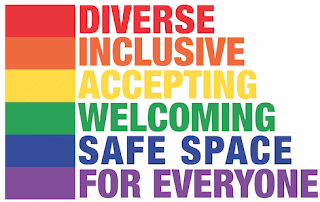 These words highlight the deep longings of young people across the nation. Many feel that they are constantly on trial, as if they are being judged by everyone around them. They feel pressure to conform to some ideal that seems false to them, so they end up feeling like they have to hide their true selves at school, home, or even church. Young people consistently describe camp as a place where they can be themselves, a place where they will be accepted without fear of judgment. These feelings of safety allow them to explore their identity and give them confidence to step outside of their comfort zones. Camps do not become safe spaces by accident.
The set-apart nature of camps (often in beautiful outdoor settings) contributes to the feeling of security. It is a physical space that is intentionally different from home environments, so campers have the chance to consider their identity and place in the world separate from the expectations and pressures of their everyday lives. They are embedded in an intentional Christian community, which is the primary facilitator of the safe space. The camp community builds trust. Campers across the country described their camp groups in terms of family and camp itself as a second home. They genuinely cared for one another. This happens because everyone works at it. They eat, sleep, pray, play, and worship together. They work through disagreements and conflicts, forgive one another, and they have highly participatory experiences together.
I have heard some people critique camp for ignoring the messy realities of the world. This is a serious charge. It is true that camps often serve as enclaves of safety where participants can have a respite from the hostility they experience or hear about away from camp. But camp is not a place where people bury their heads in the sand. Campers come from broken homes and abusive homes. They come from places of ridicule and exclusion. Others come from places of great privilege. They do not forget these things when they come to camp. Rather, they bring them along. Camp is sometimes the first place where a young person feels safe to talk about an abusive home situation, doubts they have about their own faith, or questions they have about their sexual identity. Camp does not ignore the messy realities of the world but rather provides a safe space to encounter them.
One of the most important roles of Christian camps in our society is to provide a place of genuine encounter with those who are different. Campers are gathered into groups that would almost never choose to be together in a school or peer setting. Sometimes the diversity is limited to different social circles, but it more often includes differences of race, culture, economic class, sexual orientation, and religious tradition. As one boy from Lutherdale Bible Camp in WI put it, “You’re strangers. You don’t even know each other. And then, at the end of the week, you’re friends.” Friendships are powerful. They allow young people to look past labels and stereotypes in order to see the person in front of them as a beloved child of God. Camp is a safe place for young people to be themselves in the midst of a group of people that is very different from them, yet accepts them as part of God’s beautifully diverse creation.
I accept that our society needs places where specific sub-groups of people can gather and feel safe together. We need to ensure that places like the Pulse nightclub can remain places of safety. I firmly believe that one of the ways we can accomplish this is by providing safe spaces for genuine encounter with otherness. Summer camp can teach us a lot about these places. Camps must ensure that they are places of safety and inclusion for all people. I have seen it happen countless times, and it is happening right now at camps across the country. The transgender child and the one questioning her sexual identity gather around the campfire with the economically privileged child, the gifted athlete who is the most popular in the school, the child from an emotionally abusive home, and the child with cerebral palsy or aspergers syndrome. They get to know each other. They together mourn the tragedy in Orlando. They ask for forgiveness of their sins and are assured of God’s unwavering love for them. They go home more confident of who they are and more open to the blessed diversity of the humanity that is created in the image of God.

Send your child to camp. Seek places of genuine encounter. Open your eyes to see the humanity of the one who is different from you. Above all, show love for one another, as Christ has loved us.

← 5 Fundamental Characteristics of Camp Only 12 Campers?? →