What is the value of camping ministry? Mainline denominations continue their contraction and “restructuring.” Many congregations are thriving, but there are many more that are struggling. The struggle extends to affiliated ministries and entire denominational bodies, and church organizations at every level are facing difficult decisions about the future. When it comes down to dollars and cents, boards, presbyteries, councils, and conferences find themselves deciding what they value most. Tears are shed and hearts are broken over lost staff positions and ministries that lose funding. The camping world is certainly feeling the strain.
Some camps are like Camp Indian Sands, a Lutheran camp in Wisconsin that is quietly closing its ministry after years of struggling with decreased revenue and camper numbers. Other camps are being liquidated to pay down the debt of struggling denominational bodies. Such was the fate of Presbyterian Camps in Michigan, a camping ministry site that was in continuous operation since 1899. Still other camps are closed at the whim of church leaders and officials who choose to focus time and resources on ministries that are more highly valued. Such was the case in the Missouri Conference of the United Methodist Church, which chose to simultaneously close all four of its camping ministry sites. The American Baptist Church seems to be almost entirely divesting from camping ministry, closing nearly 2/3 of its 150 camps in the past 20 years. 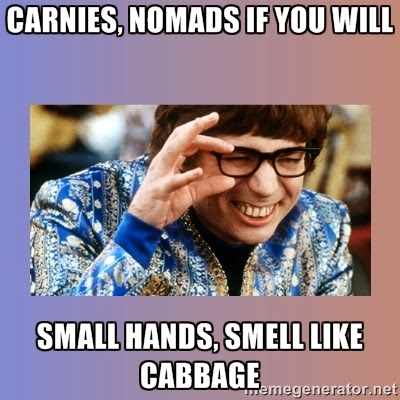 Camp directors and other camp advocates struggle to tell the powerful stories of their camp and make the case for the value of their ministries. They bop around to congregations and donors, finding that they have to explain why their ministries are important. Essentially, camp directors are forced to sell the idea of camp to ministry partners. The justification of camp has to be reduced to marketing slogans or the proverbial elevator speech (here I am, reducing it to a blog post!). When camp directors are forced to do this over and over again just to keep their ministry afloat, ministry partners may get tired of the rhetoric, as if camp directors are just some carnies trying to sell them overpriced experiences of dubious quality.
Some people just don’t get it, and increasingly these people are clergy members and church leaders who have never been to camp. Maybe they see camp as “theologically shallow” or “just fun and games.” Maybe they think that the emotional experience at camp “ruins kids for the church.” I have heard all of these things multiple times, oftentimes phrased the same way as if people are reading from a script. What it comes down to is a lack of understanding the value of camping ministry. Camp directors struggle to get the message across, but pastors may not trust them or see them as ministry partners. Camp leaders promoting camp primarily as a “mountaintop experience” or a “life-changing experience” may not be helping. Somewhere, the message gets garbled, and people who should be our primary ministry partners just hear an excitable carny promising, “It’ll be the ride of your life! Step right up!” while some poor kid who just exited the ride is throwing up in the trash can.
How did our churches and denominational bodies get to a place where such a vital discipleship ministry has been devalued and increasingly relegated to the trash heap?
Churches and denominational bodies that bemoan the alienation of young adults often fail to consider the many thousands of young adults living in intentional Christian community for months at a time while mentoring children at denominational camps across the country. Those who are panicking over the loss of Mainline young people to the ranks of the religiously unaffiliated (our lovable “nones”) evidently do not know that young people who have attended religious camp are over 3 times more likely to remain religiously affiliated into their young adult years than their peers who did not attend camp.[1]
Some kids may have a “mountaintop” encounter with God at camp, but this is no carnival ride. This affects young people long-term as they continue engaging in church and Christian small groups years later.[2]Some become public Christian leaders and clergy members, but it is misleading to think of camps as pastor factories, even if many of our clergy members have experienced camp or received their call to ministry there. Camps are much more than pastor factories.
Camps are centers of discipleship. They are indispensible because of their uniqueness in providing intentional Christian community, a chance for young people to take ownership of their faith, and space for people to live and breathe the faith as active disciples rather than passive recipients. They are not stand-alone ministries, and some of our camp directors may need to be reminded of this. Camps are ministry partners with families, congregations, and communities that make tremendous contributions to faith formation and Christian education in people of all ages. Somewhere, this message has gotten garbled and resulted in a devaluing of a vital ministry.
These vital ministries serve hundreds of thousands of young people at our denominational camps each summer, reaching over half of all Mainline Protestants by their teenage years.[3] Some have life-changing mountaintop experiences, and a small portion have horrible experiences (perhaps including retching into trash cans). The vast majority falls at neither extreme but rather has a special experience of Christian community and living that is incorporated (consciously or unconsciously) into their understanding of who they are in relation to God. And these are only the summer campers! Our camps also offer enriching family camp ministries to thousands of families, often connecting multiple generations in faith forming community in the outdoors. They offer retreat ministries to hundreds of thousands of families, youth, adults, and clergy members who need a chance to “come away to a quiet place and rest a while” in the presence of God, creation, and one another. Camps reach out to the unchurched and the underprivileged in multiple ways. Camps are oftentimes more recognizable as the Church than many of our denominational congregations!
Why are we being forced to justify this idea to our ministry partners? Times are tough. Ministries are shutting down. But camping ministries are not the ones to devalue. These are ministries with the power to revitalize and renew the church, and our congregations can learn a great deal about Christian community and discipleship from our camps. Maybe some day soon our camp professionals can spend less time on the elevator speeches and more on their role as Christian educators. It will take partnership and recognizing ourselves as members of the body of Christ, in which each member is indispensible.
It will take a recognition that camp is not about cheap thrills and expensive rides. It is about discipleship.
[1]Jacob Sorenson, “The Summer Camp Experience and Faith Formation of Emerging Adults,” The Journal of Youth Ministry13 (2014), 17-40.
[2]American Camp Association, “Directions: Youth Development Outcomes of the Camp Experience,” http://www.acacamps.org; Sorenson; Kati Niemelä, Does Confirmation Training Really Matter? A Longitudinal Study of the Quality and Effectiveness of Confirmation Training in Finland. Tampere: Church Research Institute, 2008.
[3]Christian Smith, Soul Searching: The Religious and Spiritual Live of American Teenagers. (Oxford: University Press, 2005), 39.
← Keep the Carne in Christmas! The Tower →