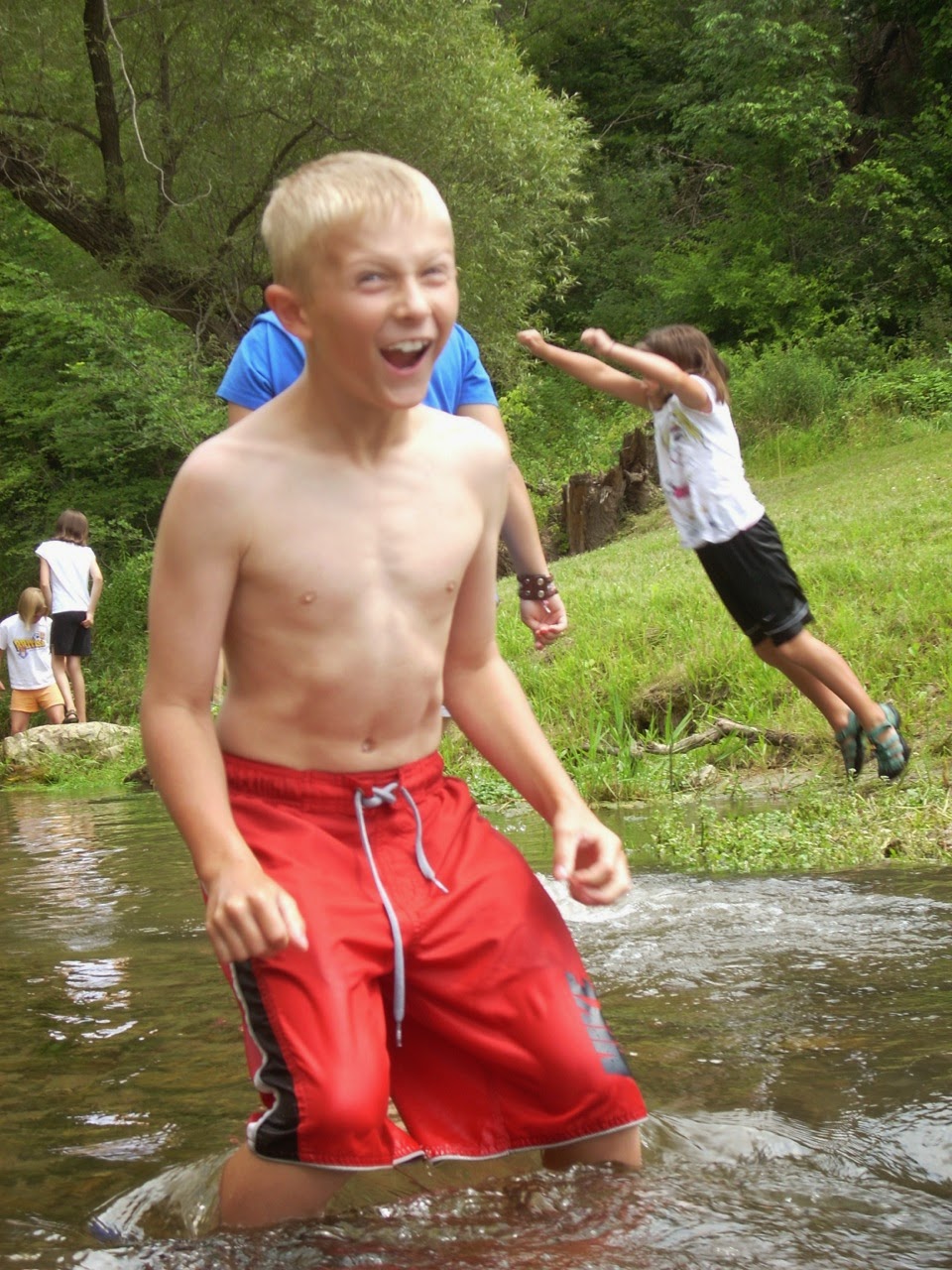 There is an immediacy to life at summer camp, a way in which it teaches you to “suck out all the marrow of life,” as Thoreau put it. Those who have been there remember the feeling. The present moment is amplified in intensity and perceived importance. The past is up for reinterpretation, and the importance of the future is downplayed, leaving participants suspended in the moment. The immediacy of the camp experience is played out most noticeably in summer camp relationships, in which people go from perfect strangers to best friends in a matter of hours. I believe that this sense of immediacy is incredibly valuable for camp participants.

The most notorious example of the intensity and immediacy of the camp experience may be the summer camp romance, in which two people who have never met before begin an intensely emotional relationship with almost no possibility that it will continue after four or five days. They sneak glances at each other in the dining hall, spend free time together, sit on the same log during campfire, and occasionally sneak out at night for a midnight rendezvous. Pragmatically minded people shake their heads at the lunacy of this common scenario, rolling their eyes at the naïveté of youth and the false emotions elicited by the camp experience. I am less dismissive, wondering instead what this interesting aspect of camp might indicate (beyond the obvious conclusion that adolescents are full of raging hormones). The past is apparently irrelevant to them, as the two lovebirds have no foundation of trust on which to build a relationship. Likewise, the future is irrelevant, as they seem unaware that there is practically no chance of continuing the relationship after camp is over. Why, then, do they fall so deeply in love and sob so forcefully when the end of the week arrives? I believe it is because they are suspended in the present moment, focused so intently on immediacy that the past and future do not matter all that much. On the one hand, we could label this naïveté, since it certainly fits the definition. However, we can also identify something beautiful at work here, and we can learn a great deal from it.
The world is in need of some immediacy. Historic conflicts determine national rivalries, modern warfare, and social discord. Simply look to Gaza and Ferguson for evidence of this reality. Young people face the same challenges. They come to camp already labeled. In fact, young people come into this world already labeled, oftentimes with enemies already defined for them. They inherit ethnicity, family situation, culture, social class, and family systems baggage. Labels and social divisions are exhausting and often dehumanizing. They help shape who we are while at the same time preventing us from becoming who God created us to be. Young people are in the process of forming their identities, and this process is profoundly altered and shaped (perhaps twisted) by those who label them and put expectations on them. Erik Erikson argues that an important part of identity formation is what he calls a moratorium on these outside expectations and rules. In a moratorium environment, a person has the opportunity to discover what their identity looks like when the outside labels and fixed expectations are briefly suspended. They are set free from the burdens of the past in order to live in the moment of possibilities in which they can reimagine life and their own identity. Summer camp often serves as a moratorium environment that provides tremendous opportunity for identity formation and reinterpretation of past assumptions. The old labels are suspended in favor of the only label that truly matters: Beloved Child of God.
The world is in need of some immediacy because young people are consistently directed toward the future, being told that they need to plan strategically in order to achieve their desired goals. They have no idea what their future goals are, but they are pressured to set them and start moving toward them. I cringe when I hear parents obsessing over the futures of their young children. I remember the first time I heard a parent fretting over getting her child into a good preschool so that the child would not be behind in kindergarten. If the child got behind, the parent feared, there would be little chance of advanced elementary classes, which could mean no honors high school courses, and then getting into a good college was in question. Similar reasoning leads parents to enroll their children in second grade tackle football programs or competitive basketball camps (rather than church camps!) in order to get that college athletic scholarship. They think they have their children’s best interests in mind, though they are often pressuring their child and causing a great deal of anxiety about the future, at the expense of the moment. In their desire to prepare their child for the future, they may miss their child’s present needs, prioritizing a well-paying job that opens future opportunities but may cost essential family bonding time. We sometimes forget that there are reasons Jesus discouraged preoccupation with the future (Matthew 6:25-34, Luke 12:16-21). 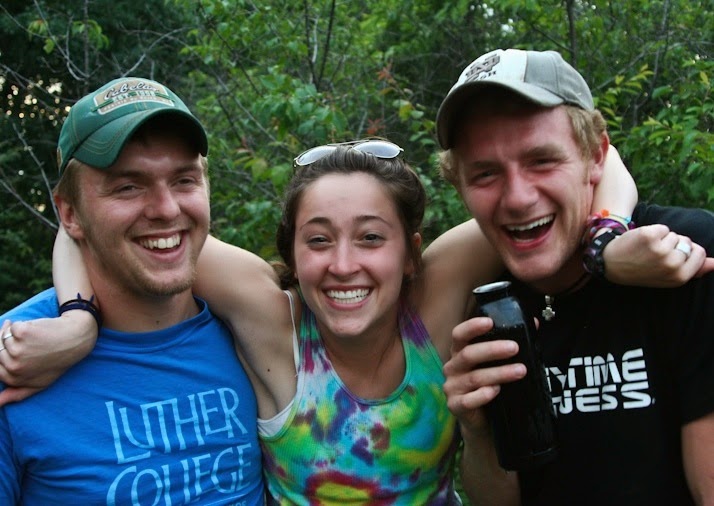 Contrast this with camp, where there is no future. There is an intense focus on the present activity and the face of the other who is in front of you. The only thing that lies in the future is the last day of camp when everyone goes home, and that is too ghastly to contemplate. Next week does not matter. Only today matters, and there is a recognition that time is limited, so we have to make the most of it! Show the person in front of you that you care about them because you may not get the opportunity later! Even the many campers who are homesick exhibit a sense of immediacy. Have you ever tried to console someone who is homesick at camp? There is no reasoning with them. You cannot simply tell the sobbing camper that mom is coming in a few days because tomorrow might as well be a century from now and the end of the week will surely never come. The only thing that matters is right now.

Planning for the future is not a bad thing. Even camps have strategic plans. But the campers and summer staff members are not overly concerned with the strategic plan, and they shouldn’t be. Their concern is right in front of them, and we need more of this sort of concern in our world. There are people hurting right now, and while others are planning for the future (even commendable future goals with the needs of others in mind), we need more people that will reach out to the individual right in front of them. As far as the church goes, bringing the promise of heaven is important, but we also have a mandate to feed the hungry, welcome the stranger, and clothe the naked (Matthew 25:34-40).
Don’t get me wrong. I am certainly not opposed to strategic plans or eschatological hope. But these must be grounded in the present moment, and camp has the effect of bringing us back to the reality that God has placed before us. This is a biblical perspective. The mystery of the gospel is the eternal breaking into the present moment (enfleshed in the God-man Jesus Christ). Jesus’ message is, “The Kingdom of God has come near” (Mark 1:15). It is right in front of us, and this present inbreaking represents the fulfillment and redemption of the past, along with the force guiding us into the promised future. This is what it means to live in God’s time, for God is here among us, immanuel. In our fast-paced world where it seems impossible to escape the burdens of the past or the need to prepare for the future, many of us lose sight of what it looks like to live in God’s time. If you want a glimpse of what it looks like, stop by your local camp. You may learn something.
← Camp Research: Introducing the Confirmation Project! Camp's Diversity Problem →