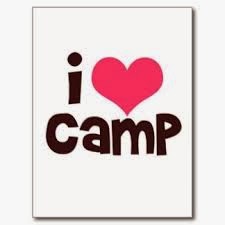 One of the most powerful forces in Christian camping is loyalty. Successful camp programs are built around loyalty. Campers who have a great time at camp come to associate the positive experience with a specific place, and they are therefore likely to return in the future. Loyalty is a part of marketing, and the “brand recognition” of a specific camp becomes very important to its financial success. Camps need young people going home to tell their parents, siblings, and friends that their particular camp is the greatest place in the world. This creates loyalty, which increases donations and camper numbers, thus making the camp experience available to more people. For these reasons, camp loyalty can be an incredibly positive force in Christian camping. However, this breaks down when we think of it in terms of competing with other camps for camper numbers. We need to be clear on this: there is not a scarcity of campers. There is a great abundance of young people who have never been to camp, and camps must work together to give them a camp experience. We do not need them to go to YOUR camp. We need them to go to camp.
Loyalty is perhaps most evident in summer staff members, who often turn loyalty into competition with other camps. Camps rely on returning staffers to carry on the particular traditions of the camp and help incorporate new staff into the community. It is not uncommon to find summer staff members who have served for three or more summers at the same camp they attended for five or more years as a camper. Many of these “lifers” will carry their camp loyalty to whatever congregation they join or (in many cases) lead as a pastor or youth minister. This results in the strange phenomenon of youth groups traveling hundreds of miles, usually past several quality Christian camps, in order to reach their youth minister’s nostalgic “greatest place in the world.” If you ask these youth ministers about it, they will invariably say that they tried the local camp, but it simply was not as good as the camp they attended. So they drive their congregation’s young people hundreds of miles farther in order to give their youth the best possible experience. They are blissfully unaware that en route, their youth group van passes a caravan going the opposite direction because that congregation’s youth leader grew up attending and loving the camp that the other youth minister thinks is inferior.
In the mean time, camps continue hiring their own proteges to their year-round staff positions. This is especially prevalent among program staff. Program directors oftentimes follow the trajectory of high school counselor in training program to summer staff counselor to summer leadership staff to year round staff. In one respect, this is a tremendously positive example of camps raising up young Christian leaders to full-time ministry. Unfortunately, this can also lead to an unhealthy perspective of a particular outdoor ministry site that perpetuates the loyalty cycle at the expense of a more expansive view of the church. Program directors raised in a particular camping paradigm with little or no exposure to alternate camp styles are likely to encourage their summer staff members and campers to continue returning to that particular camp. Why go anywhere else when this is the greatest place in the world?
While camp loyalty buoys individual camps, it hamstrings the mission of outdoor ministries. We do not exist to create a bunch of camp loyalists. We exist as communities of discipleship that build up the body of Christ. If our campers and staff members believe that their particular camp has some sort of exclusive claim on the movement of the Holy Spirit, we are doing a disservice to the church, which exists in a diversity of expressions. We need young disciples and mature Christians who are open to the Spirit at work in multiple expressions, and the greater diversity of experiences they have, the more open they will be. We certainly do not want to set camp up as an “authentic” Christian experience in contrast to the experience of the congregation or other Christian settings. If campers go home with an understanding that God is at work in your camp but not in their home congregation, we have failed in our mission.
Now comes the difficult task of applying these concepts. It is staff recruiting season, and many of our camps are hoping for a solid number of returning staff members, including those who have been on staff for three or more summers. What might it look like to encourage these camp loyalists to go work for another camp? What does it look like to promote outdoor ministries instead of the particularities of your camp? If we are serious about discipleship and building up the body of Christ, our task is much broader than filling the bunks. When that former summer staffer calls to tell you about bringing the church youth group across the country to your camp, will you encourage him/her to support the local camp? We somehow need to change the paradigm from a view of loyalty to one of discipleship, from following a camp to following Jesus, from scarcity and competition to opportunity and partnership. Outdoor ministries will be much stronger as a result. When outdoor ministry is stronger, the church benefits for the sake of the world. When outdoor ministry is stronger, more people attend camp, including your particular camp.
← That's Practically Theology! Living in God's Time: Lent at Camp →