The False Church and the Godforsaken 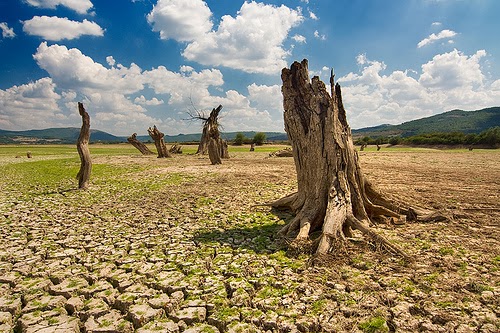 I have experienced Christian camp as a place of inclusion, of radical love and acceptance, especially for those navigating the wilderness of life. Wilderness is a funny term. It can connote that which is wild and free in God’s beautiful creation, so camp becomes a place of wilderness by virtue of its outdoor setting. More than this, however, camp is a place that accepts people who are traveling a personal wilderness, for those who thirst for something other than water, as if they are alone in a dry and weary land (Psalm 63). The Christian community, which I have seen in its most concrete form at camp, proclaims that nobody walks this wilderness alone. Even though every individual has personal experiences that no other can fully understand, Christian community involves accompaniment. It is this accompaniment that makes wilderness “blessed.” Theologically speaking, this accompaniment is the work of Christ himself, who walks beside us through the concrete presence of the other. Christ, the crucified God who walked the road to Calvary and endured the ultimate Godforsakenness (Mark 15:34), is the only one who can truly accompany us through any wilderness. Our society (indeed, our churches) is running out of places where this happens concretely in Christian community. Those who are loved and redeemed by Christ are left to navigate the wilderness alone while their church community stands, not in the place of love and acceptance, but in self-righteous judgment. Where the church community stands in this place, the gospel is obscured and the religious institution is no longer the Church of Christ but rather a false church.
There are countless examples of churches that have ceased being the Church. They adorn their proclamation with scripture passages while they deny the great commandment to love the neighbor. They claim exclusive right over the gospel proclamation, thereby denying their participation in the communion of saints. A clear example is the Westboro Baptist Church, with their proclamation of hatred and exclusion. The problem with the example of Westboro is that it is so radical that it serves almost as a caricature of the anti-Christian claiming to possess the gospel. More often, the distortion of the gospel lies within a community that also proclaims fragments of gospel truth. Such is the case that prompted this post.
A young man completed suicide recently. The very mention of suicide kindles burning memories of wilderness experiences for many of us, and I broach the topic with personal anguish along with attempted sensitivity for those whose experiences run deeper than my own and whose pain I will never fully understand. The funeral was at a funeral home because the young man’s congregation refused to host the funeral of someone who completed suicide. I can think of no greater failure of the church than when a congregation denies a Christian funeral to one who has completed suicide. It is the ultimate failure of accompaniment. The purported reason for the denial of a funeral is the gravity of the sin involved, as if the act of suicide is somehow greater than other sins. Suicide is indeed the result of brokenness and sin, but how can anyone be so blind as to place this sin on the shoulders of the very one who was traveling the wilderness? The Church is the community called into the wilderness of this world to provide water to those who thirst and, in the absence of water, to accompany the traveler to whatever end (yes, this means that a church community must be willing to sacrifice itself for the sake of accompaniment). If someone dies in the wilderness, it is the Church alone that is guilty of this death. To compound this tragic failure with a denial of responsibility is reprehensible. To go even farther and deny the responsibility of accompanying a grieving family through their wilderness is a clear case of ceasing to be the church. The sin and brokenness belongs with the churches, with the very institution that would deny him a burial and thus declare him Godforsaken, a condition that aligns him closer to the crucified Christ than the self-righteous ones who would claim power over the gospel.
People are sounding alarm bells over the decline of Christianity in the United States. They cite the declining numbers of church membership and the rise of the “nones” (those claiming no religious affiliation). Maybe this has less to do with a denial of Christ and more to do with the denial of false churches, of those institutions claiming the name “Christian” while forsaking the fundamental values of the gospel. Christ is the one who accompanies people through their wilderness experiences, who walked the Godforsaken road to Calvary so that the Godforsaken might be redeemed. Those who would deny the wilderness travelers entry into their sanctuary would deny entry to Christ. Maybe we need more “nones.” Maybe we need more people who would look the false churches in the eye and recognize that Christ is found elsewhere: in the lost, sinful, broken world. I weep this day with those who have suffered the brokenness of suicide. Churches that have barred their doors to you have barred their doors to Christ.
← Living in God's Time: Epiphany at Camp That's Practically Theology! →